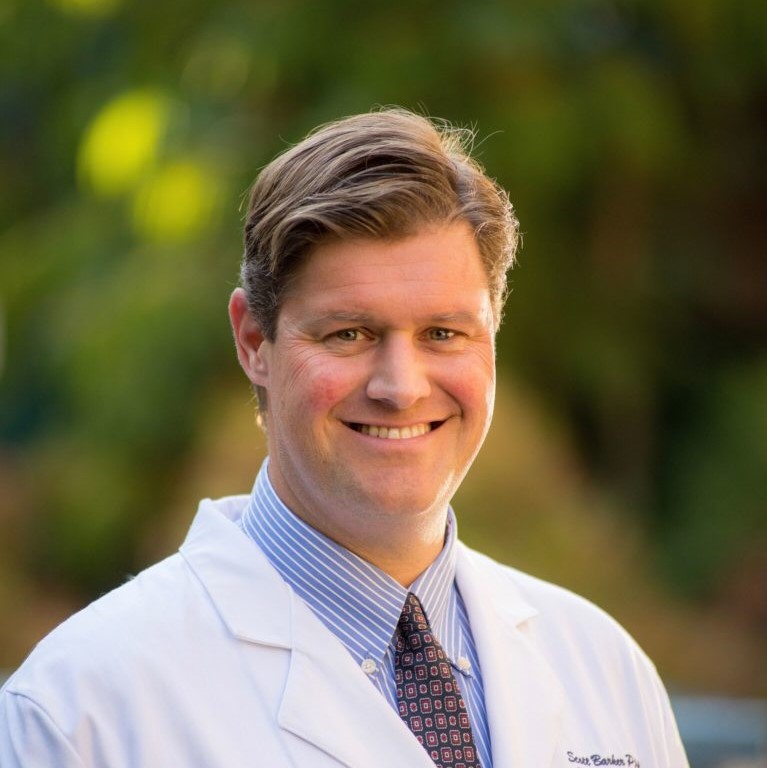 Scott Barker is a nationally certified Physician Assistant specializing in the field of Orthopedics. He has spent numerous years as an orthopedic surgical P.A. where he specialized in joint surgery, having assisting on over 1000 joint replacements, working alongside many of San Diego’s best surgeons including Dr. Allsing. In addition, Scott has experience in Primary Care having worked for a Family Practice in San Diego.

Scott is originally from Connecticut and his interest in medicine began while he was pursuing his undergraduate degree in Cardiopulmonary Science from Northeastern University in Boston, Massachusetts. During this time, Scott also became a certified Emergency Medical Technician and served as a Staff Instructor for the American Red Cross in Boston.

He spent thirteen years working for San Diego Children’s Hospital on the Children’s Hospital Emergency Transport (CHET) Team. In his role for the CHET team, Scott and his team would provide life-saving critical care stabilization and transportation for children by ambulance, helicopter, and airplane in and out of California.

Scott has a real passion for disaster-relief work and has offered assistance in times of need when the Red River in North Dakota flooded, during the September 11 tragedy in New York City, Hurricane Katrina in New Orleans, and Hurricane Rita in Louisiana. Scott has also traveled to Belarus for a heart surgery mission with the International Children’s Heart Foundation.